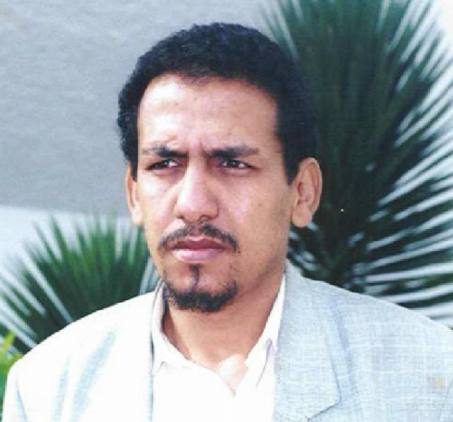 The American Congress Members,
Washington,
The United States of America.

Honorable Members of the U.S. Congress
Washington, D.C.
The United States of America

My name is Ali Salem Tamek, a Saharawi human right activist and political prisoner. My country, Western Sahara is the last African colony still not decolonized and my people are still suffering abductions, torture, illegal and arbitrary imprisonment and deportation, intimidation and many other human rights violations perpetrated against them by the Moroccan authorities, the illegal occupying force of Western Sahara.

In the following letter I would like to tell you about my personal plight, which gives a small idea about the troubles of my people, the Saharawi people, under Moroccan occupation.

Despite media blackout and military siege imposed on our occupied country, Saharawi human rights activists succeeded thanks to huge sacrifices via the use of the internet and cell phones (risking their personal security) to reach international public opinion and to unveil the truth on the crimes committed by the illegal occupying force of the Western Sahara, the Moroccan regime, against the peaceful Saharawi people.

It should be recalled that the Saharawi population started a peaceful uprising last May the 21st, claiming their right to self-determination, to independence and calling for the respect of human rights in Western Sahara.

Although these demonstrations and previous Saharawi national movement expressions are legitimate and peaceful, they were always faced with a systematic brutality and suppression, in complete violation of the Saharawi people's right to peaceful expression, demonstrations and movement, conforming to the international human rights conventions that Morocco signed.

In this respect, I personally experienced arbitrary detention, imprisonment and abduction five times. In the latest period of my detention I was pushed to undertake 17 hunger strikes that caused my state of health to deteriorate. Now I suffer from strong asthma and other respiratory problems, rheumatism, skin allergies, stomach-aches, and heart problems. A state of health that is increasingly worsening because of the precarious conditions of detention in Moroccan jails, secret detention camps and torture. Further, I was subjected to forced deportation from the city of Assa (South of Morocco) and to illegal dismissal from work for no reason other than my political opinions regarding the occupation of my country, Western Sahara.

After a long struggle to get a passport, I was able to travel to Europe to get specialized medical care for my many medical problems. I also took the opportunity of this sojourn to visit European Parliaments, mayoralties and organizations to inform my interlocutors about the situation of the human rights in Western Sahara.

Indeed, I gave a lot of lectures on the subject. These activities did not please Morocco, who was disturbed by the increase of the peaceful uprising and protest in Western Sahara, south Morocco and in Moroccan universities. Demonstrations calling for the right to self-determination, which were faced with the same old policy of repression. The result: dozens of cases of abduction, arrest, and torture of Saharawis with police also breaking in the homes of demonstrators, plundering and destroying their goods. Perhaps the scenes of brutality perpetrated against Saharawi students in Rabat University, which was reported in the international media, was the best proof on these assertions.

Saharawi human rights activists were not saved from this systematic and fierce attack. They were subjected to torture, abduction, arrest and false accusations. For instance:

- Bazeid Salek, was abducted and tortured because he supported the mothers of the Saharawis detained during the last peaceful demonstrations;

- Aminatou Haidar, El Houssein Lidri and Fatma Ayach, were savagely beaten in the Smara Street on June 17th, 2005 at about 19.30 GMT without any reason except perhaps the attempt to intimidate and stop them from achieving their human rights activities. Mrs. Haidar was next arrested in the emergency room of a hospital and was not given the time to get the needed medical care for her injuries. She is still in the Carcel Negra (Black Prison) of El Aaiun without judgment or sentence.

- Hmad Hammad, was tortured the same day, June 17th, 2005, at about 22.30 GMT in front of the Bel Mehdi Hospital in El Aaiun, because of his declared position regarding the question of Western Sahara and because he was transporting the three mentioned activists to the hospital.

- The arrest, on June 18th, 2005, of the human rights activist, Bougarfa Abderrahman, 53 years old and father to 10 children. He was participating in a peaceful demonstration of solidarity with the victims of the last Saharawi uprising in Western Sahara, south Morocco and in the Moroccan universities.

- I was myself arrested upon my return from Spain at the airport in El Aaiun last July the 18th, 2005, by agents of the criminal police. I was interrogated about the peaceful demonstrations and protests that took place in the cities of Western Sahara, about my human rights activity and about my statements and opinions expressed to the European and Moroccan media. I was then presented before the attorney general of the El Aaiun court, who decided to put me in the local prison of El Aaiun (Carcel Negra).

While the detained Saharawi human rights activists, and myself, were expecting to be presented before the Moroccan examining magistrate, Moroccan criminal police and secret services abducted us from our cells in the local prison of El Aaiun, pretending to be taking us before the judge. We were instead transported to a secret place where we were ill-treated before been deported in very bad physical condition. Our eyes blind-folded; our hands were tied behind our backs and we were put into the trunks of police cars. I was transported in this conditions for more than 600 km to be put in Ait Melloul city's local prison (south of Agadir- Morocco).My other four compatriots, El Moutawakil Mohamed, Brahim Noumris, Lidri El Houssein and Laarbi Massoud, who underwent the same treatment, had to travel in the same mentioned conditions for more than 1300 km, to finally reach Oukacha prison in Casablanca (north Morocco). They were deprived from the most fundamental rights of prisoners.

As soon as I was imprisoned, I was faced with a new problem. Moroccan general attorney of the Court of appeal of El Aaiun decided to send me to a psychiatric clinic despite the fact that I suffered no mental problem. He wanted to subject me to psychological tests to evaluate if I was competent to stand trail. I strongly rejected this decision because I feared the Moroccan secret police would seize this occasion to force me take injections that may have damaged my state of health, as they did during a previous period of detention. During that detention, they injected me with unknown drugs causing me to develop strange skin disease that I am still suffering from despite the medical care I received in Europe.

Thus, I started my 18th hunger strike on August 4th, 2005, at 20.00 GMT to protest against the violation of my rights as a political prisoner.

Full of confidence about your integrity and desire to support and defend freedom, democracy and justice through the world, I am addressing you with request to:

- Dispatch a commission to investigate human rights violations perpetrated for the last three decades, which reached a serious level since the start of peaceful protests beginning May the 21st, 2005;

- To Dispatch a medical commission to give the needed care to the Saharawi victims of this brutal repression. It should be mentioned that the Moroccan hospitals in Western Sahara refused to treat them. I was not given a medical check but I had already lost confidence in Moroccan doctors due to my previous experiences;

- To intervene immediately to pressure Morocco to release all imprisoned Saharawi human rights activists and political prisoners. To stop systematic repression against Saharawi helpless civilians as well as to impose the respect of international legality regarding the settlement of Western Sahara conflict according to the pertinent UN's resolutions.

The Report on the Intifada
The technical files about the Saharawi human rights activists
The lists of the Saharawi political detainees
Dispatches about the last hunger strikes
Amnesty International 2 last Public Statements
Congressman Ted Poe Speech
Aminatou Haidar letter to Condolesa Rice.
President Abdelaziz letters to Kofi Annan and others.