The Sahrawi human rights activist and teacher of English, Allal Latif, 30 years old, was stopped and arrested by the Moroccan police on July 04th, 2005 at 17:45 in Skaikima street, El Ayun, the capital of Western Sahara. He was taken by the Judicial Police (P.J.) and members of the Direction of Territorial Security (DST) because of his meeting with a Norwegian delegation coming to witness the trial of a group of Sahrawi political prisoners on Tuesday, July 05th, 2005 in the Court of Appeal in El Ayun.

1. Arne Lynngard, the president of Rafto Foundation of human rights, 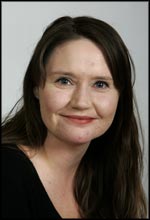 2. Eva Kristin Hansen, member of the National Executive Body of the Sociodemocratic party of Norway ( Arbeiderparteit), a parliament candidate

3. Rolf Wermundsen, member of the Executive Body of the Norwegian Support Committee of the Western Sahara,

4.Kristian Tangen, a direction member of Fagforbundet, a Norwegian principal Trade Union activist, in charge of youth and students,

5. Ronny Hansen, a member of the Executive body and spokesman of the Norwegian Support Committee of the Western Sahara.

As the delegation members attempted to ask about the disappeared human rights activist, Allal Latif at the central police station, they were forced to leave the hotel and expelled to Agadir, Morocco. Twenty five security agents pushed the delegation out of their hotel rooms by force. Ronny Hansen was injured in the arms while the agents were treating him violently. More than 200 other security agents were outside the hotel as a Sahrawi protest demonstration was probably going to take place in front of the hotel.

The responsible for the expulsion of the Norwegian delegation were Hassan Elghaffari, the General Intelligence highest official in El Ayun, Hamid Bahri, the vice-Wali of security in El Ayun, Abou Hassan Ichi, the Urban Security Group chief-officer, Abdellah Abhairi, the Mobile Company of Intervention chief-officer, Mustapha Maaza, the pasha of El Ayun, Ahmed Salim and Mouloud Boukraicha, officers of the Direction of Territorial Security (DST).